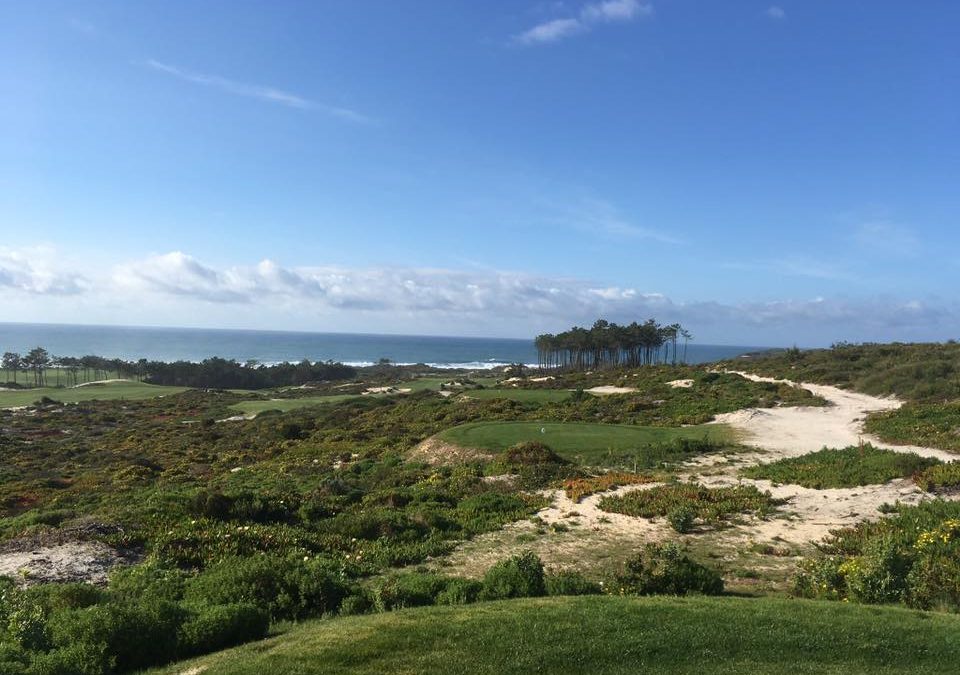 I was very excited to take my golf school to this new venue. It looked fab on the website with fantastic sea views  and I was not disappointed when I arrived. It was every bit of what I expected. The hotel was lovely and the golf courses extremely good, albeit very tough. The challenge is such that I would not like to bring players who are new to golf to this venue. For more experienced players it is a great place to be. 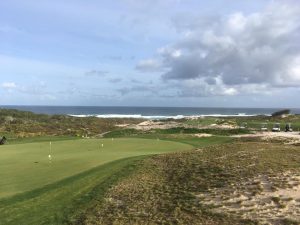 On the first day we  started on the Praia d’el Rey golf course practice ground. I focused the coaching on short game shots and techniques, stressing the importance of having the right set up, ball position and concentrating on using the bounce of the club properly. In my experience so many players have too much forward shaft lean at set up which de-lofts the club face and makes it more difficult to get the desired ball flight. De-lofting a club is likely to result in very low ball flight – useful at times but not in pitching generally. We worked on using the loft on the club and getting the right trajectory to achieve the desired landing point and roll out of the ball. For example a 7 iron should achieve 25% in the air with 75% roll out and a sand iron should achieve the opposite with 75% flight and 25% roll out. These numbers are not absolute and can be different depending on the length and pace of the swing. The softness/hardness of the green will cause the roll out to differ. In order for the group to practice the shots and experience the effect when the ball lands I set up a number of landing points for them to work on and judge how using different clubs produces different results. Deciding what result is wanted can then be practiced using the appropriate club. It ismportant to lock the experience and knowledge away in the memory bank to call upon in a real game situation. We then moved on to the grass range which I always believe is preferable to using mats wherever possible. In really wet conditions practicing using mats is always better than not practicing at all. We went over the basics, aim, posture, balance,  swing and most importantly hitting the ball at the low point of the swing to make sure the ball is set in flight. After lunch we set out on the course for 9 holes in the Forest experiencing the back 9 along the sea. OMG what a venue!! 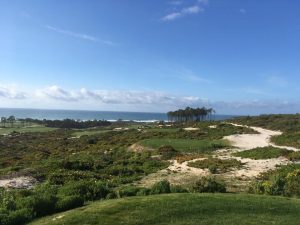 On day 2 the group moved to another course named West Cliff. We started with the long game picking up on the work of the previous day. The day was very windy so it lent itself to working on how to control the trajectory of the flight to reduce the effect the wind might have on the ball. We used what is called the ‘flying wedge’ drill to control the club face and to maintain strict control over the length of the swing. This technique uses the hip to hip swing, keeping arms as straight as possible with no bend in the wrists or elbows. This also helps to maintain a stable inclination with the lie of the ground. From my observation this was a good session appreciated by all. We moved over to the chipping green to introduce the often forgotten 7 iron pitch which I feel has less dangers than trying hit the ball high with spin to stop it on landing. To succeed with this shot it is essential to pick a landing spot bearing in mind that the lower ball flight will result in a longer run out. (25%/75%)  As on the previous day it was windy. The course has some great holes with very long carries for men. It was a really tough test which most enjoyed despite losing a lot of balls.

Day 3 saw a change of weather with the rain pouring down. The only realistic option was to run an indoor putting session. Thankfully this only happens on very few occasions.  I have a number of great practice aids to help improve the path of the ball and control of the putter. I set up drills hitting putts with eyes closed to encourage listening to the ball rather than moving head and eyes too early. Fortunately the rain did stop and everyone was able to get out on the course. It was a tad windy so it was important to concentrate on balance and controlling the flight of the ball. 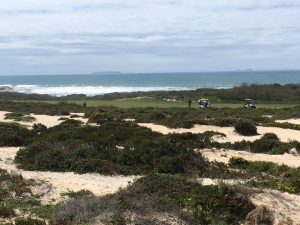 The rest day came around  and some of the group went off to the local town, others took a walk down to the beach and generally everyone took the opportunity to rest after 3 days of intensive work. I arranged some tee times for those who wanted to play 9 holes later in the day. As is usual for me I had a run before breakfast, walked down to the beach and then hit shots. The surf was certainly up all the time we were there and the sea was wild.

For day 4 we had tee times from 9.30 so we played and in the afternoon I ran a short game clinic covering all aspects of that part of the game where good scores are either achieved or lost.

Day 5 was the final day so I ran a round up clinic focusing on always playing courses one shot at a time and building a score in that way. The group played the West Cliff course in a breeze and it proved to be a lovely day for golf. Liz was the winner of the stableford competition with 32 points which was very good on such a difficult course. I was proud as everyone had played really well .

For me it was a smashing group who kept their spirits and humour up on a couple of wet and windy days. Thank you all, and I very much look forward the hearing how your season goes. 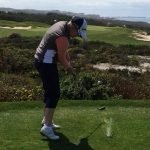 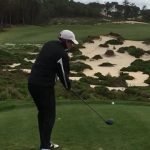 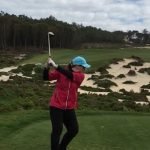 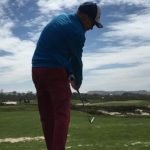 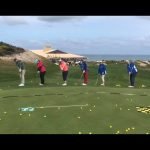 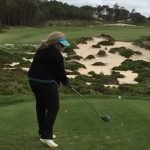 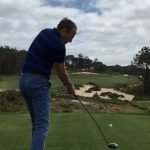 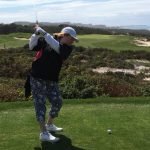 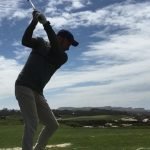 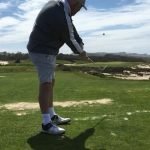 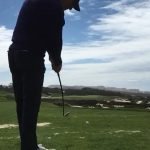 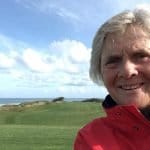 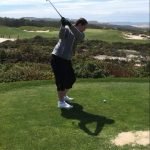