This is my last school of the season — Islantilla golf school 2017 — is one of my favourite places. The school is 5 days and I have 12 lovely people all of whom are wanting to improve their golf.

I started with a mixed session of some long game, some pitching and a video session. The video session is really useful as it shows clearly and records how they really play. Many players have not seen themselves on video and it sometimes a bit of a shock but on the plus side enables them to understand what to work on and gives me a reference point when helping them individually. After lunch we played on the course and I enjoyed watching everyone trying to practice what we had covered in the morning session. 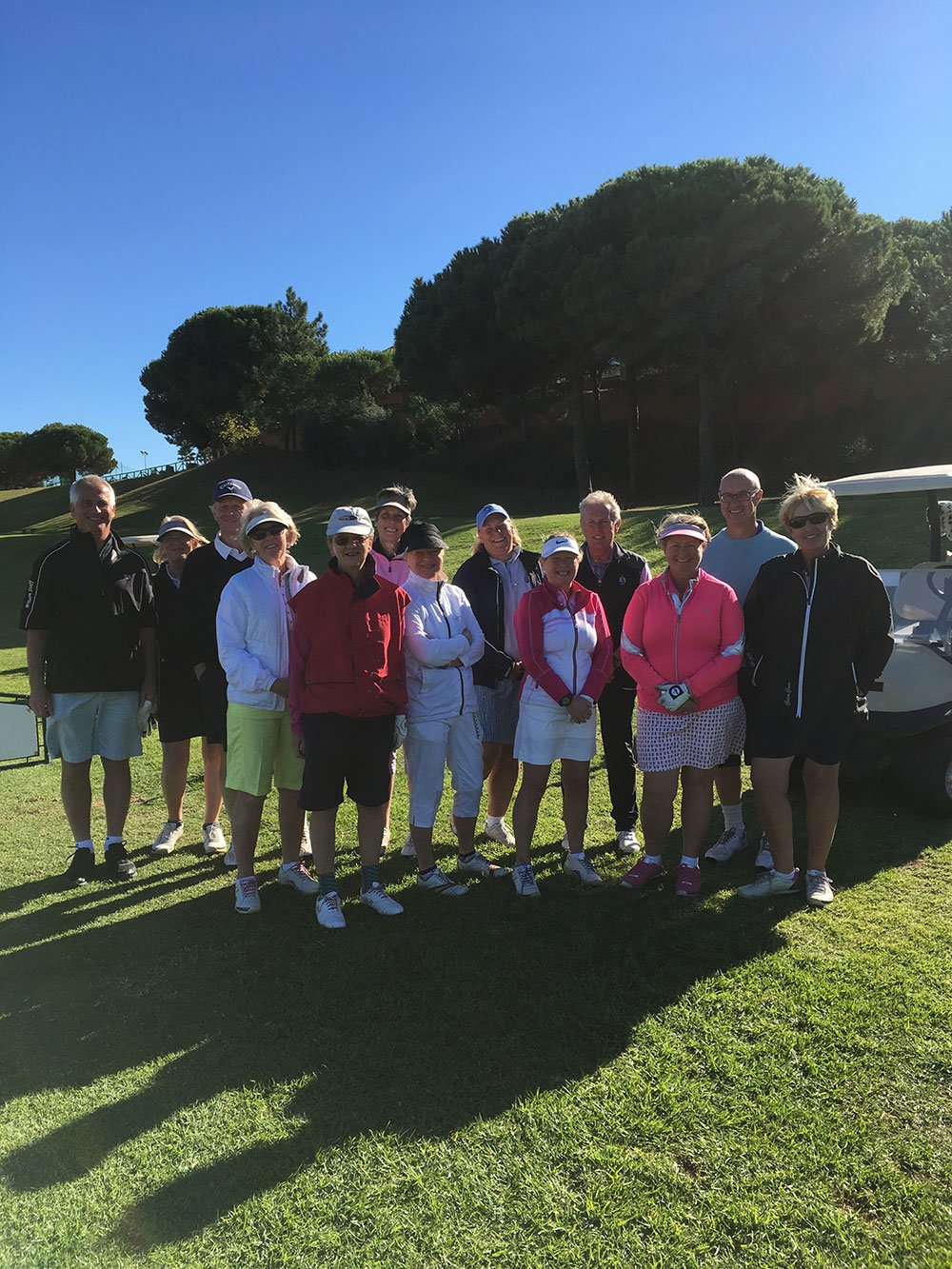 After a good nights sleep we turned attention to pitching and bunker shots. Unlike Pro’s who do a lot of bunker practice, the average club golf hates the problem of being in sand. Of course we all try to avoid being in bunkers and when we are, we have largely forgotten the techniques needed. By comparison with other aspects of playing, bunker play needs a lot of practice mainly because it is not encountered that often and it is easy to lose the art of playing well. In the afternoon we again played the course and gave attention to course management. I encouraged everyone to think not only about hitting the shot but thinking forward to where, ideally and realistically, they would like to play the next shot from; so if in a bad spot, say trees, don’t just take the wrong club (a wedge) and say I’ll chip out only to get the ball in the air and hit a tree landing back almost where you started. Perhaps better to take a 7 iron and keep the ball low through the best available gap that will get you on the fairway. Also, always consider the risks there may be trying to hit the ‘wonder shot’ or clear an obstacle that is on the limit of your natural distance. 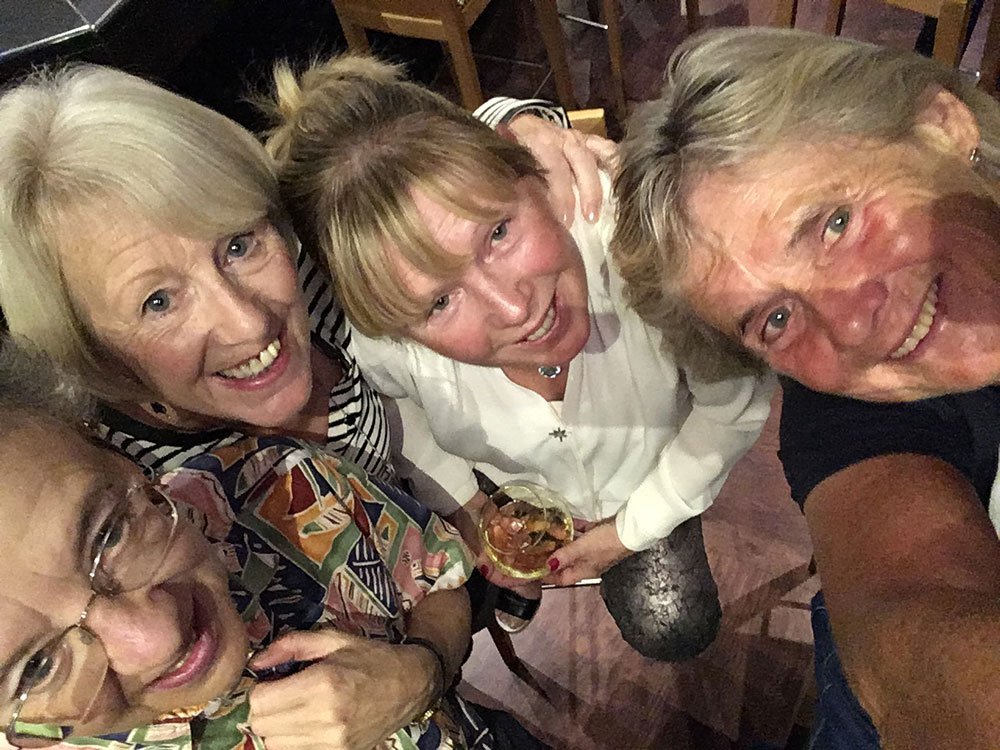 It was nice to get out on the course early on day 3. After lunch we focussed on short distance chipping and putting. The little 7 iron chip off the toe of the club, which I like to call a putt with a hop. This can work well off the fringe of the green or on the first cut and is easier to control than using a wedge over a short distance. Day 4 was started with a mixture of long game and pitching. We covered driving and shot making and concentrated on practicing like playing – which means not hitting the same shot after shot but mixing up driving, fairway woods and irons as well as wedges. After lunch we again played the course with an emphasis on course management, planning shots and hitting a selected target. It was good to see everyone working on balance and control.

For us all the last day came around too quickly. We played the course and then had a round up clinic, covering everything covered over the week as well as taking opportunity to seek clarification on different points and to ask questions. It is my objective that everyone goes home with positive thoughts and looks forward to opportunities to continue to practice the improvements they have made.

This was a great week with lovely people in the Spanish sunshine at Islantilla. It was a great finish to the year for me and especially so with everyone who has worked hard but also had fun. I look forward to seeing you all again in 2018. 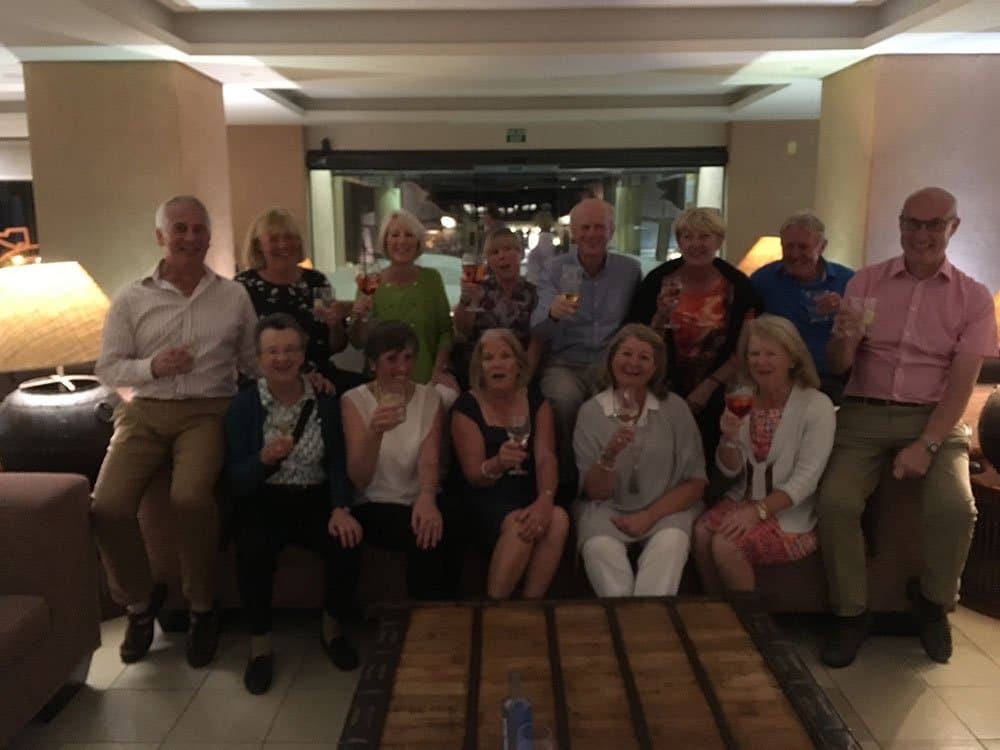